Always on the look out for a beautiful and functional floor lamp; they provide atmosphere as well as task lighting and these five are beauties. I’m showing all in black, but some, like the Grasshopper (no. 4), come in wonderful hues (I love the blue-grey). The Tolomeo is a classic that I have specified countless times – it works in so many different interiors. 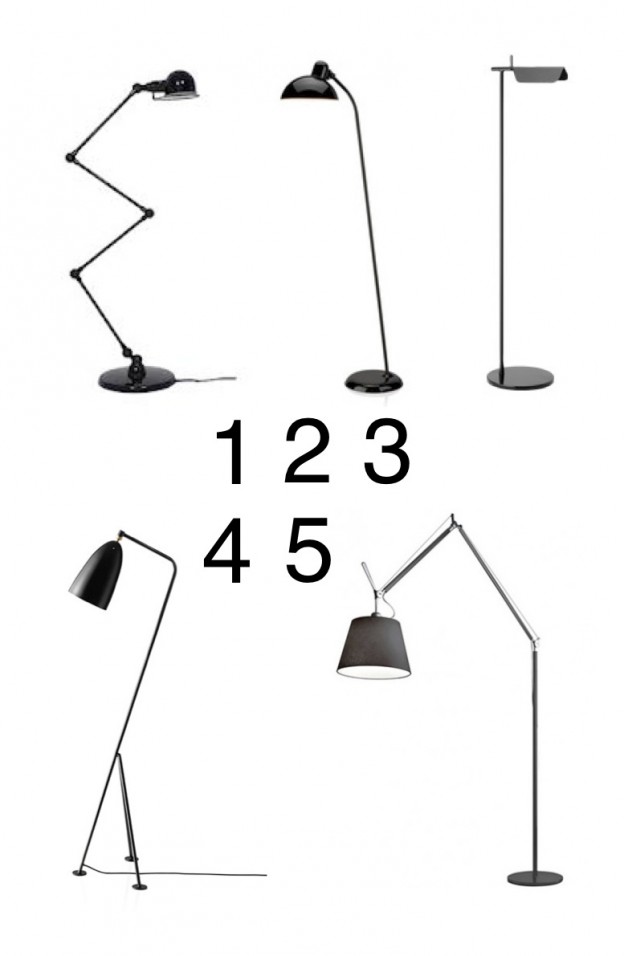 Which is your favourite?

How do you make a relatively uninspiring product – a recessed downlight – look exciting and new? Here’s how. 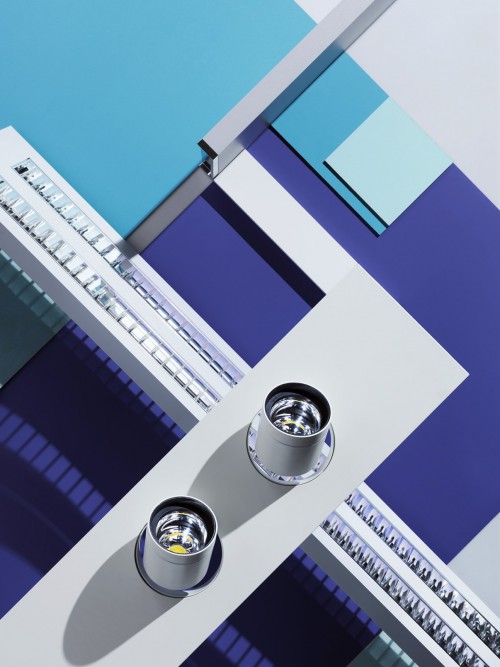 Boc-ci  n. game of Italian origin similar to lawn bowling that is played with wooden balls on a long narrow court covered with fine gravel.

I discovered these lamps during Design Junction last year. I was quite taken with them, as was my three-year-old. In fact, they kept him entertained for quite some time.

There are many incarnations. The 57 Series will be unveiled at Euroluce trade fair in Milan during Salone Internazionale del Mobile next month. There is the 28 series chandelier, and 14 series pendant light. I’m particularly partial to this one – the 28 series desk lamp.

A bowling-ball sized glass sphere created by a complex glass blowing technique, results in the spherical shape with a collection of inner ‘satellites’. One of these is an opaque milk white glass bubble that houses a 20 watt xenon lamp. The fixture is designed to sit on a horizontal surface – desk, table, shelf, or floor. The flexible grey cable is intended to be coiled into a sculptural pattern to provide a cushioned surface on which the glass sits.

The colours are many and various. And it’s low voltage. Dimensions, 15cm diameter. 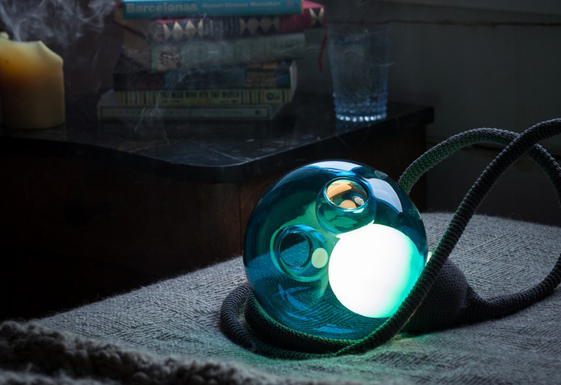 Louis Poulsen, purveyor of light fittings, produces some true classics. Icons of Scandinavian mid century design, ubiquitous and recognisable everywhere. I came across these new images for Louis Poulsen’s latest catalogue and simply could not resist. So I thought I’d first do a little research…

Perhaps the two most distinctive, the wonderfully named Artichoke and the rather more dry PH5 were both designed in 1958 by Dane Poul Henningsen. He was an architect and critic, but his main focus was lighting and he collaborated with Louis Poulsen over his career. He designed not just aesthetically, but scientifically, using refraction to create soft, glare-free lighting. He grew up with petroleum lamps, and, with the advent of harsh electrical lighting in the 1920s, his objective turned to creating an ambient, warm glow rather than to ‘flood the home with light’. His first design was a three sided lamp of brass and opal glass, exhibited in the Danish Pavillion at the Paris Exposition of Decorative Arts in 1924. It was picked up by his peers and used internationally by amongst others, Mies van der Rohe in his Villa Tugendhat. The first PH lamp.

The PH Artichoke is characterised by 72 leaves forming 12 rows of 6 leaves each, which are positioned to provide 360 degree glare-free light when viewed from any angle. They also shield the  light source, redirecting and reflecting the light onto the underlying leaves. The result is a luminous glow.

The PH5 was developed as a response to constant changes to the shape and size of incandescent bulbs by bulb manufacturers of the time. The light produced is also glare-free regardless of where it is positioned, the multiple concentric shades emitting the light both downward and laterally. A version designed for use with energy saving lamps was introduced in 1994, and the PH50, in high gloss colours for the 50th anniversary. 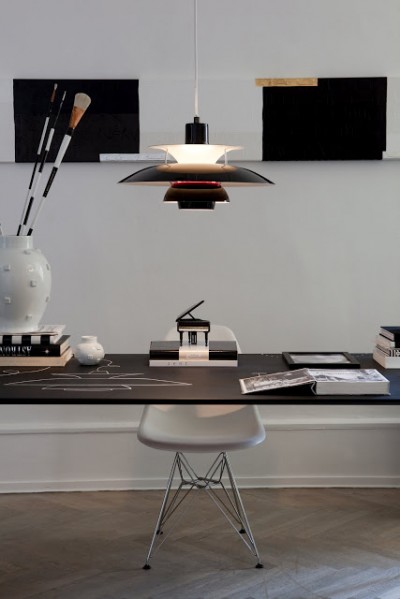 Two very distinctive designs, one designer. What do you think? Unique and individual, or ubiquitous and much-copied?