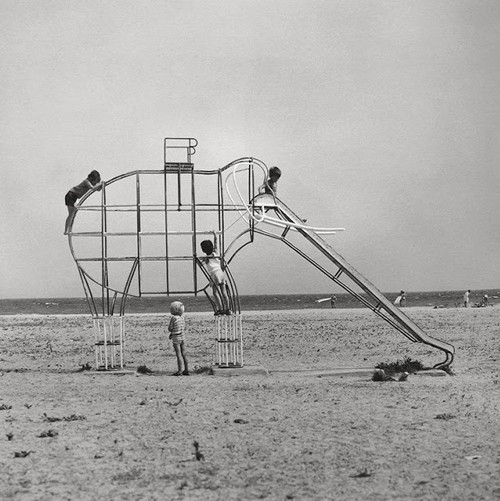 After a brief foray into Surrey (in the shadows of Box Hill, known notably for its role in Jane Austen’s Emma, as well as the Olympic cycling last year), we are off to the beach.

I wrote about the Modernist architect John Winter in an earlier post (here); the Beach House was designed by him for his own use, and it’s available to rent. This is where we shall be ensconced, a stone’s throw from the east Norfolk coast. It’s not the charming curvaceous beaches of Sicily’s east coast, or the expansive endless horizon of sand of Australia’s coast, but it has sand crabs at low tide, and starfish at high; and the only accoutrement required is a bucket and spade. Just perfect for a three-year-old. Happy summer!

I first came upon the architecture of John Winter (1930-2012) three years ago, experiencing it first hand in a beach house he owned on the north east Norfolk coast (you can stay there too; details, here). Inspired by Charles Eames’ west coast cabin (he worked with Eames when he moved to San Francisco early in his career), he designed and built the house out of renewable timber, steel and aluminium. It is the simplest of plans being rectilinear in form, with windows running along both of the long sides, and my favorite of all interior spaces – a sunken lounge.

The subject of this post however, is not that house but this one, in Highgate, North London. Built in 1967 by John Winter for his own use, this is a wonderful, proper modernist house, given a rare Grade II* listing by English Heritage: ‘This is a highly influential and unusual house in its structure, materials, plan and aesthetic. It is still a model for minimal housing, as influential today as it was when it was built’. 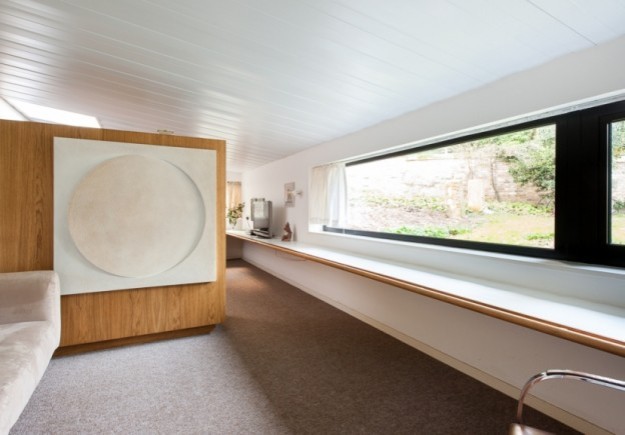 Constructed around a steel frame, the house has huge double-glazed picture windows that flood the interior with light. It is clad in Corten, a steel alloy that weathers naturally to a beautiful dark rust colour. This was the first domestic use of the material in Britain, and the proportions of the house and grid were designed around the dimensions of the standard, factory-produced Corten sheet, so that nothing was wasted. 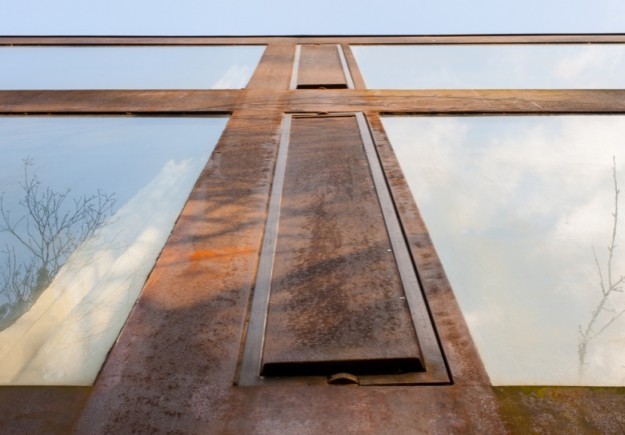 It has three floors with, unusually for the time, the living room on the top floor, to take advantage of the views over the utterly charming Highgate cemetery and Waterlow park opposite. The interior is all original – kitchen, built-in storage, quarry tiles. The long, low linear shelf which runs the length of one wall is a detail he used often. And there is, of course, fabulous original  furniture – Barcelona arm chairs and coffee table, and Eames’ LCW wood lounge chairs and ubiquitous (but no less than fabulous) DSR chair.

It’s for sale, and sadly, I won’t be buying it. Corten house via The Modern House.