The February 2014 issue of the always fabulous World of Interiors features this apartment, designed by antiques dealer Florence Lopez for Charlotte Gainsborough and her artist husband.

It’s another Parisian apartment (I’ve featured so many recently that I’m thinking of a name change to owl’s house paris..); the difference this time is that the 19th-century decoration has been stripped back in its entirety, leaving a blank canvas as the starting point.

Lopez has a very particular 20th-century aesthetic. The inspiration for this interior comes from Le Corbusier’s Villa Savoye, which explains the ‘graphic rigour’ within. The parquet floors have been painted black throughout, which create cohesion with the dark slate terrace outside. Walls are painted matt in chalk-white or various shades of blue. Blue prevails, also as an upholstery colour – armchairs in the entrance area are covered in four different shades of deep blue, for example. Otherwise, black, white and the odd shot of vivid yellow provide the contrast. A sleek, wall-hung granite washbasin and copper and brass accessories add an element of luxe. 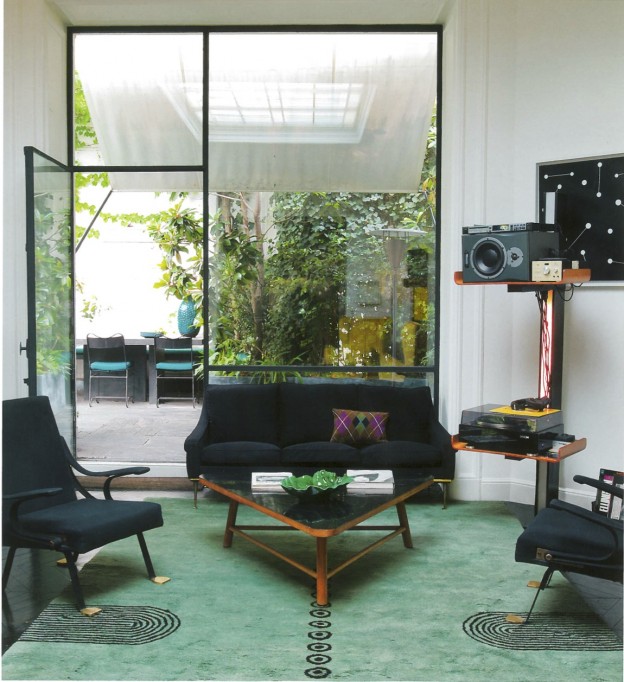 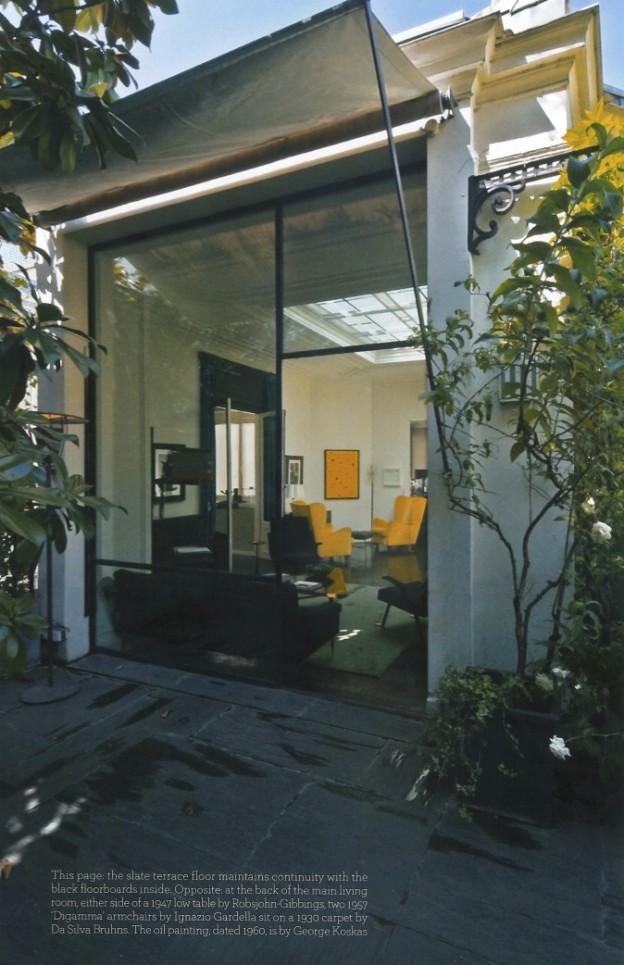 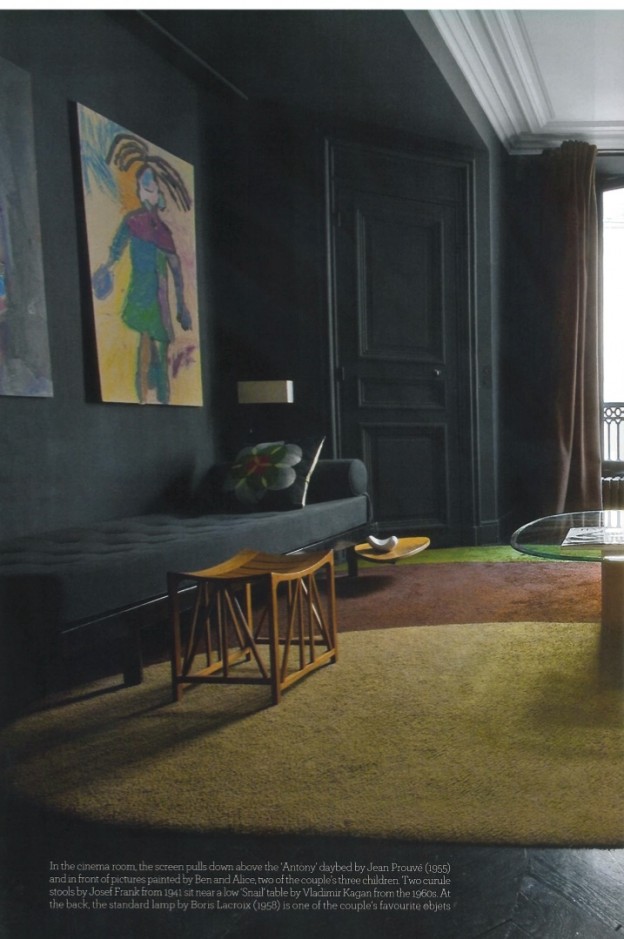 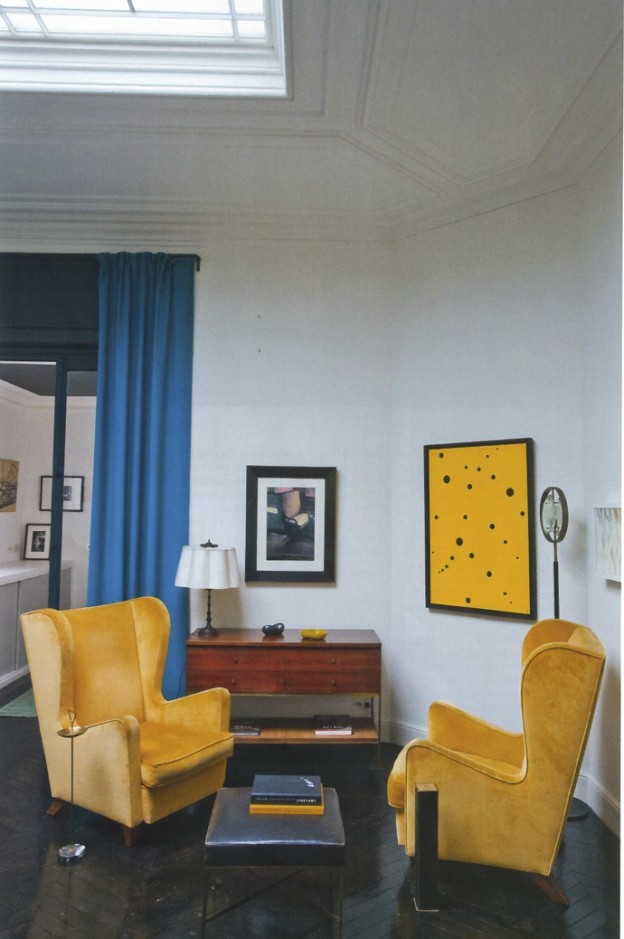 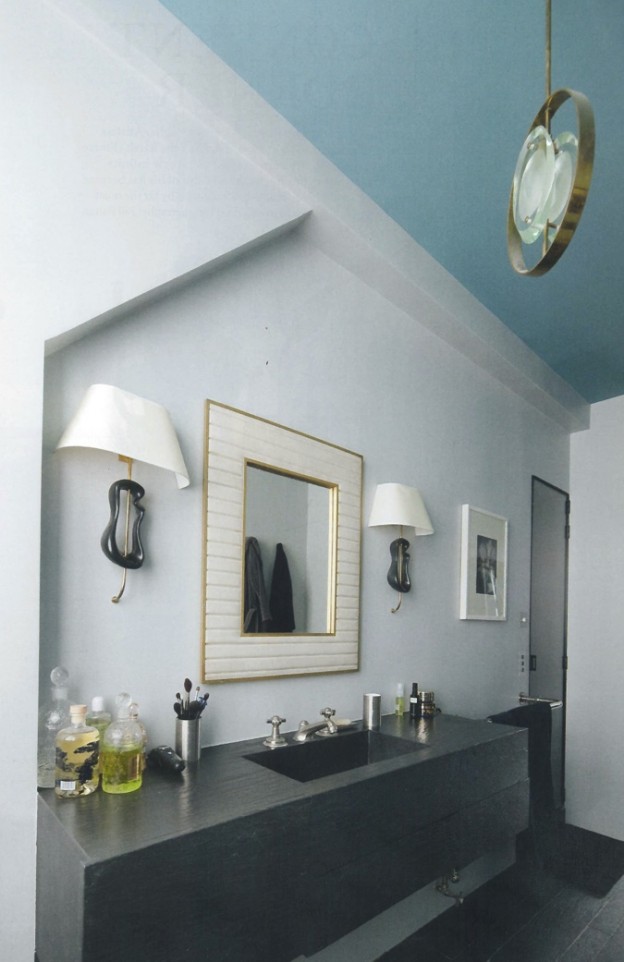 It’s quite a rigorous, purist approach, stripping back all signs of classical detail and extraneous elements, but I think it’s hugely successful. What do you prefer, classical elements or clean modern lines?

8 thoughts on “a parisian modernist in blue.”