King’s Cross in London has been undergoing a metamorphosis over the last 10 years, from red light district to transitory train hub to destination in its own right. One of its latest reincarnations is as a major international contemporary arts destination.

The second installation in the newly created space is Black Maria, a commission by the British artist Richard Wentworth working in collaboration with GRUPPE, a young Swiss architectural practice. For four weeks the timber structure will inhabit the concourse, a top lit atrium space which forms a street connecting the historic Granary Building with the new Central Saint Martins College of Art and Design.

Named after Thomas Edison’s 1893 timber film studio in New Jersey – the world’s first cinema and film production studio – Black Maria is an auditorium where passers-by are invited to find their own uses and purposes. The theatrical structure with its proscenium arch and broad terraced steps is merely a backdrop: the audience will become the players. During the day, Black Maria acts as a public space, into which one can freely walk, work, pause. At night, doors become screens, stairs become seating, and Black Maria turns into a space for discussions and screenings. It is a space where, thrillingly, anything can happen. 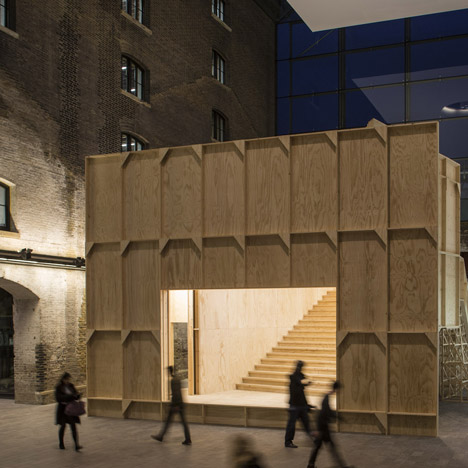 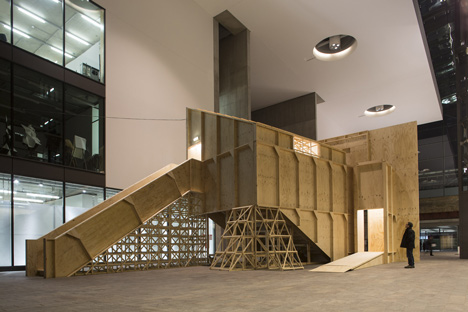 Black Maria is part of Relay, a nine – year arts programme. A list of Black Maria Events can be seen here.

All images via Dezeen