Futurist, modernist, dynamic: the gull-winged TWA terminal at JFK airport is the epitome of mid-century design. Evoking a bird in flight, it is also a force in concrete construction. It was certainly a major influence on me during my architectural studies, as I poured over the images of this and other iconic modernist imagery by architectural photographer Ezra Stoller.

The TWA terminal was the last project by Finnish born architect Eero Saarinen (completed in 1962), who said of it:

All the curves, all the spaces and elements right down to the shape of the signs, display boards, railings and check-in desks were to be of a matching nature. We wanted passengers passing through the building to experience a fully-designed environment, in which each part arises from another and everything belongs to the same formal world.

It is this all inclusive design that gives the building its streamlined, organic quality; everything is considered, everything belongs (I particularly adore the sunken, built-in seating). It is perhaps this that became the building’s downfall; it was unable to adapt and expand.

The terminal is about to undergo a complete refurbishment as a hotel and museum. The photographer Max Touhey was given access to document the building alongside a team of surveyors using 3-D laser scanners. Touhey made 700 photographs, a few hundred of which were bracketed (several exposures of each shot are used to ensure the light is correct), or used in a time lapse video. 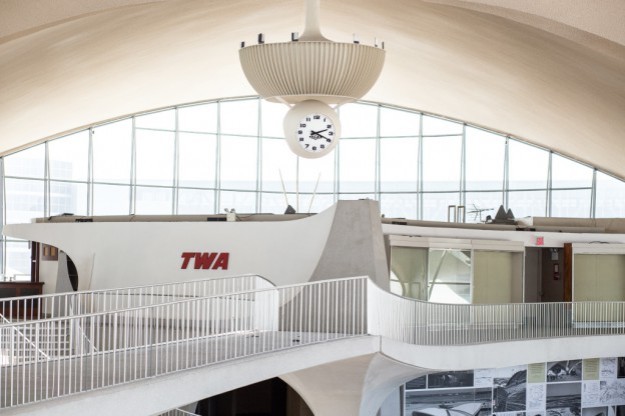