You might not have heard of Saul Leiter. His photographs are amongst the most striking I have seen – abstracted imagery and exquisite composition. They capture and document urban life in mid-century New York. His photographs and paintings are the subject of a new exhibition at Hackelbury Fine Art in London and I attended the opening last night.

Leiter was an early pioneer of colour photography, yet he was never driven by the lure of success. His intention was always to be a painter. He started shooting colour and black-and-white street photography in New York in the 1940s. He had no formal training in photography, but his early work was included in two important shows at MoMA in the 1950s, and he became a successful fashion photographer in the 1950s and 60s.

Leiter’s personal colour photography remained, however, out of public view. He printed some of his black-and-white street photos, but kept most of his colour slides hidden away in boxes. It was only in the 1990s that he began to look back at his colour work and start to make prints. I saw an utterly captivating film about him recently on BBC4 –  In No Great Hurry, 13 Lessons in Life with Saul Leiter (also being shown at the ICA on the 27th June; details, here). It shows Leiter, who will turn 90 this year, in his studio, existing ‘on the periphery of the art world’, while simultaneously being widely regarded as one of the pioneering visions of colour photography. In No Great Hurry explores this contradiction of fame versus impact, with Leiter as the unwilling subject. 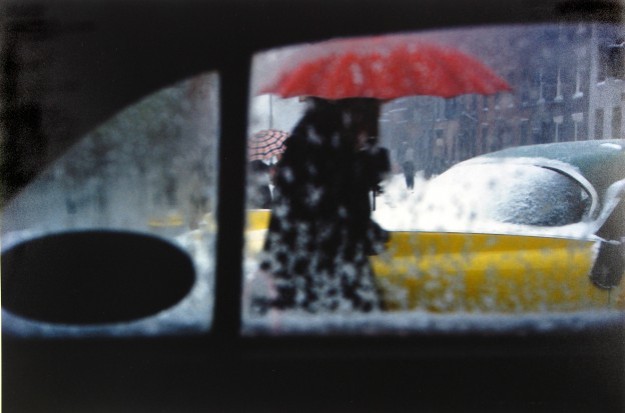 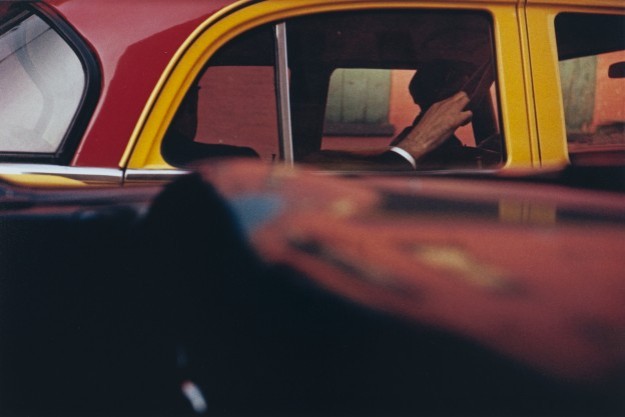 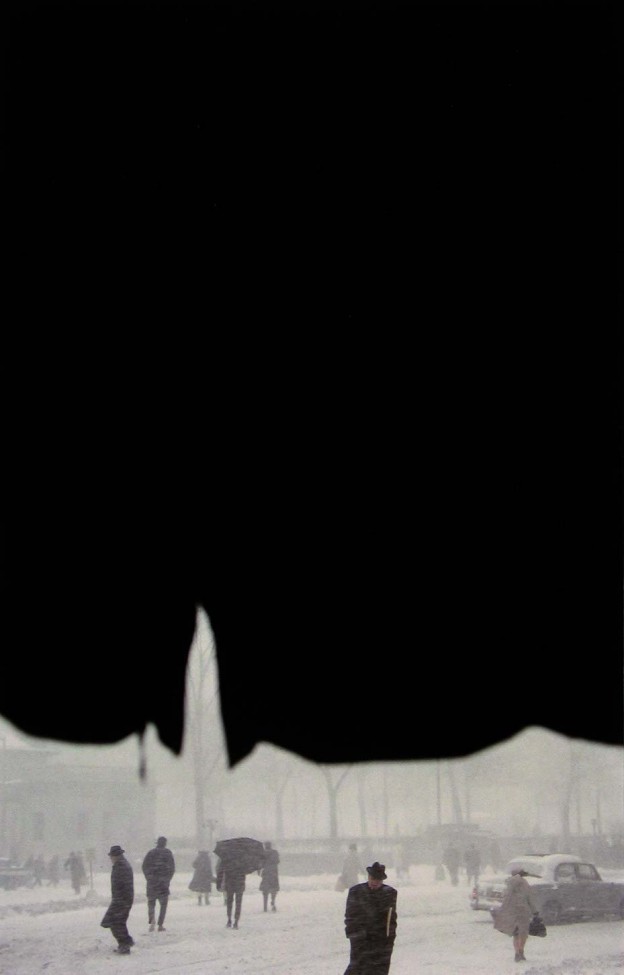 Throughout his life he continued to paint. The parallels between his photography and his painting are immediately evident. The exhibition at Hackelbury shows both media, and it is wonderful to see the paintings and photographs side-by-side. It is also exciting to see the photographs I know so well in the flesh. Smaller than I imagined, but intentionally so; one peers in, then becomes instantly drawn in to his world.

‘The ochres and reds of a passing taxi, the patterns of out of focus lights in Times Square, such details often find their equivalents in both the colour and form of particular paintings. Equally the delight in multiple layers of paint and texture can be seen in many of his exquisite street shots, which frequently use windows and mirrors to frame, veil, and abstract’. Philosopher and art historian Nigel Warburton interviewed Leiter, and has written this on the exhibition (and quoted, above).

What do you think of Saul’s photographs? Next week – his paintings and more on the current exhibition.

More in the gallery, here.