‘For a long time I have dreamed of executing dwellings in such conditions for the good of humanity. The building at Highgate is an achievement of the first rank’. Le Corbusier, 1935.

Berthold Lubetkin, one of several émigré proponents of Modernism in 1930s London, and a disciple of Le Corbusier, designed the apartment building Highpoint, in Highgate, North London. An early example of the International style, and engineered by Ove Arup, I had the opportunity to visit Highpoint last weekend, on an open day for the sale of one of the apartments. Recently refurbished, the attention to the original detail was superb. (That apartment was sold immediately, and sadly, not to me, so the photographs I am showing here are for another in the building).

Original features and fittings – cork floors, door furniture, bathroom fittings – have mostly been replaced. Other fittings are consistent for the era – the Arne Jacobsen wall lights for example. The colours were inspired by Le Corbusier’s ‘polychromie architecturale’ – two palates of colour he produced for the wallpaper company Salubra in 1931 and 1959. 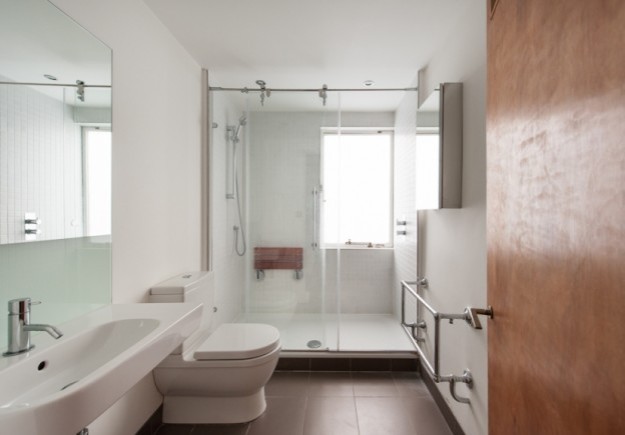 Highpoint is a much lauded, grade 1 listed Modernist building. Rendered white, as was the modernist way, the building is monolithic but elegant. Berthold Lubetkin is among the most important figures of the Modern Movement in Britain. Born in Georgia in 1901, he studied in Berlin and Paris, before moving to London in 1931. The following year he founded the famous Tecton practice with 6 other Architectural Association graduates.

Lubetkin and Tecton’s buildings are among the most iconic of the period, and include the marvellous penguin pool at London Zoo, again, designed in conjunction with the engineer Ove Arup.

Highpoint, Highgate via The Modern House

7 thoughts on “an exemplary modernist.”