Lina Bo Bardi (1914-1992) was an Italian architect who moved to Brazil in 1946. Her work is in the spotlight right now, with a current exhibition at the British Council in London (until 30 November), and a seminar at the ICA on the 10 November. The Architecture Association mounted an exhibition earlier this year of her work along with that of her ex-boss (another design hero of mine), Giò Ponti.

Bo Bardi was a modernist in her use of simple forms, concrete and glass, but rather than making the grand gestures of her contemporaries (Mies van der Rohe, Philip Johnson amongst others) she embraced the traditional cultures of her adopted country Brazil in her very contextual, playful buildings. Her work is more organic, informed out of a response to its inhabitants and environment, rather than being simply a ‘machine for living’. Her work is characterized by a celebration of the everyday and the ordinary.

Social concern did not, for her, mean she had to be sentimental, but that her professional skills should be applied to spaces available to everyone. Herman Hertzberger is another proponent of this approach: both aim for a balance of content and form.

She designed private homes including her own, the Glass House in Sao Paolo (1951, now the Instituto Lina Bo e P.M. Bardi), an early example of the use of reinforced concrete in domestic architecture. It is a beautiful, simple form, a glass box sitting atop long thin posts, allowing the landscape to flow beneath. It is integral with its environment.

Bardi designed modern furniture in plywood and native Brazilian woods; she believed that every designed object ought to take on a form that would display its own ‘natural logic’.

The Museum of Art in Sao Paolo (1957-68), perhaps her most famous building, is a monumental but very humane building. Her solution to the hillside setting was to arrange the building in two parts, one raised up on enormous concrete columns, the other half-buried. This created a third space, the void between the two, which was the ‘belvedere’: a meeting place for work and play; an open arena for gatherings, exhibitions and festivals. For the interior the paintings were removed from the walls instead supported by freestanding glass ‘easels’ sunk into concrete, accompanied by seemingly floating sculptures on transparent blocks.

Her other main civic building, the SESC leisure centre in Sao Paolo, is an example of her desire to create democratic spaces. A conversion of an old factory, she did not try to hide the building’s origins, as it spoke of its location in a working class area of Brazil. ‘It achieves things often hoped for, such as the co-existence of high and low culture, chess, football and ballet, of old and young, of ambitious architecture and the everyday’ (Rowan Moore, The Observer, Sunday 9 September 2012) 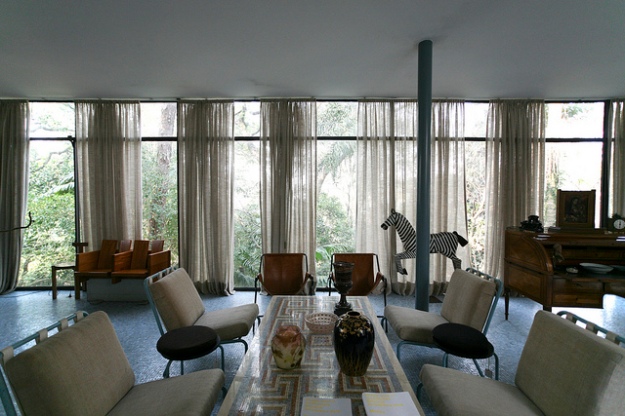 still here.
kew goose.
I dropped in to an art gallery 🙂
out and about, sourcing vintage.